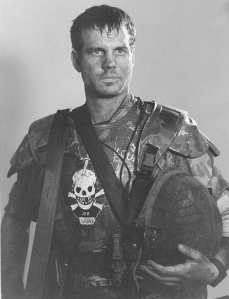 I feel that it would be somewhat insensitive to shout out “Game over, man, Game over.” But I guess that is what Bill Paxton was most known for – especially among us Aliens Fans.

I was saddened to hear of his recent passing – being the Aliens, Hudson and Bill Paxton fan that I am. The man himself, may not have found his performance in Aliens all that much to write home about, but he is a character that has very much stuck out to me over the years I have adored Aliens. I will ever be grateful for him for his portrayal of on of my all time favourite characters.

Although, my adoration for him as an actor really came out when I watched Big Love. A HBO TV series about polygamy in which Bill Paxton plays… Bill Henrickson, a man married to three women through the sanctity of plural marriage according to Mormon religion. Showing us a different view on the practise and it’s all to real feeling trials – a series that gets you so invested in the characters and lives of Bill and his wives. One minute you love a character, then you hate them, when you’re sympathetic. But they’re all connected to Bill, who Bill plays superbly. 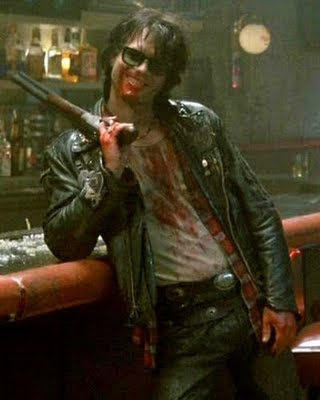 There are of course other films in his career that have stood out to me personally. Severen in Near Dark springs instantly to mind. Another, very different role for Paxton. And another absolutely wonderful character brought to life through his talent.

I’ve never experienced an actor that I truly adored passing away before and I know how it feels for others now. It’s not a nice thing to experience and honestly, I just want to go curl up with my Aliens DVD now – even though it’ll never really feel the same watching it again.

It seems so sudden and out of no where. 61 is no age at all and it feels a little too soon for him to have left us.