Todays efforts where it comes to drawing knights. It wasn’t really my intention on drawing this guy – but I hope he looks the part all the same. Somewhere along the line I decided to turn my sketch in Jorah Mormont.

Initially, I had a bit of a falling out with season 5 of Game of Thrones. The viewing of it on Now TV with adverts through each episode and having to wait a week for the next instalment really killed the season. Which was a real shame, as I was a pretty big fangirl of the other offerings of the seasons. I was brought season 5 on DVD for my birthday and have recently settled down to watch through it again.

I know some people have issues with what happened in the season with Sansa Stark and Ramsey Bolton and the views that everything happened for shock value, etc. But you know what, re-watching the season, it’s really not all that shocking! Rape is rife in Game of Thrones, and if it took until season 5 to get offended by it then you actually did pretty well. I don’t find Sansa and Ramsey any more shocking than Joffrey and Ros in earlier seasons. More shocking was seeing Shireen Baratheons fate, actually, but there we are. Going back to Sansa and Ramsey, so what if that ‘doesn’t happen in the books.’ It’s been confirmed by Author George R R Martin that both book and TV series have diverged from one another and become separate entities in their own right. They aren’t even going to end the same ways apparently! I think that’s why things say ‘Based on the book’ rather than ‘Faithful adaptation of the book.’

I’ve ranted about book/TV conversions somewhere on my blog before – and I didn’t want this post to turn into that rant over again – but what I am trying to say is that I still actually like Game of Thrones, regardless of if things happen for ‘shock value’ or not. But I was still surprised to see Jorah turning up on my sketchbook. He’s a character that, although I like, I didn’t think I’d ever fan-art. 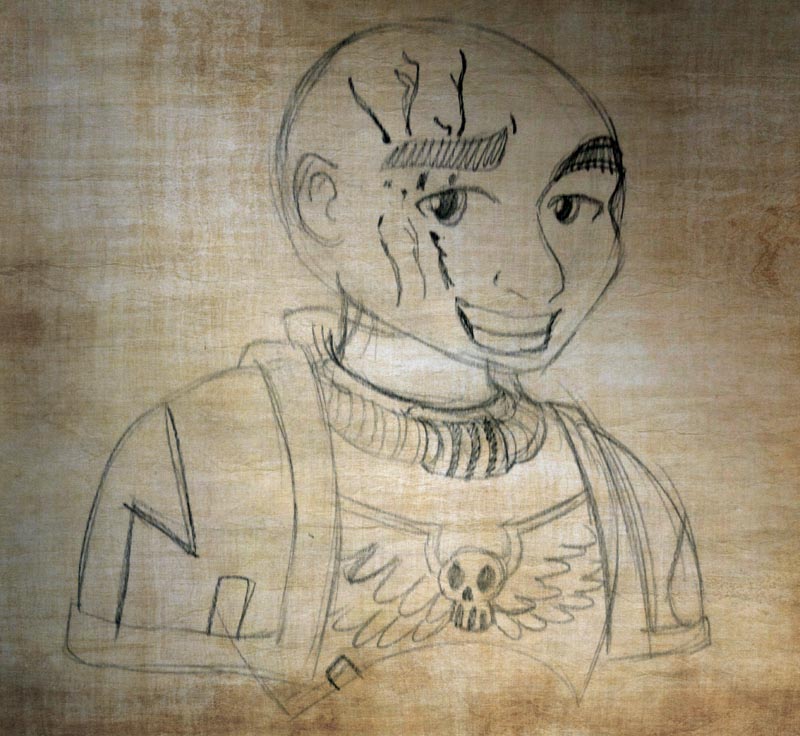