Sometimes the things we create don’t always turn out the way we would like them too. I found that out this week while at Bury Art Society.

The theme of this week was to create something from memory or imagination; a rather fun little idea that I thought would be great to try out some more experimental ideas for my scribble doodles. I feel like I’ve been a bit neglectful with my artworks so it was nice to be able to take a few random things in a bag with me and try it all out.

This week I took some watercolours and my trusty bag of Sharpies with me – I know some people see Sharpies as a bit of an unprofessional tool to use and maybe in time I’ll find a better marker pen to flaunt. Until then they seem to be serving me rather well.
I know I have mentioned before that Watercolours are a medium that I would really like to try and improve with so the more time I get to experiment and play with them all the better for me.

I’ve mostly used them in the past to colour in smaller sections of my Scribble Doodles. Which I feel has always worked rather well for them. I could be wrong and would love to hear your input in this. 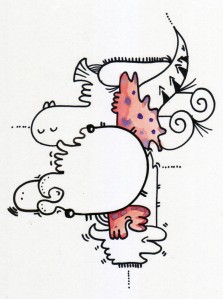 So here are some of the parts from this weeks experimentation that I don’t think work so well as a whole, but still have value to take forwards. 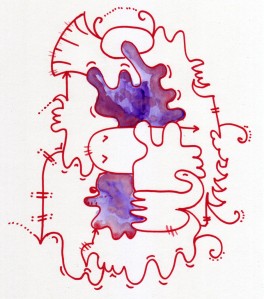 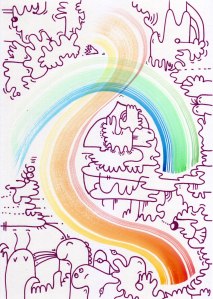 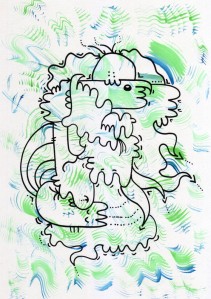 And sometimes something just looks so terrible that you know never to repeat it again!!